The Third Ukrainian Translation Industry Conference took place on June 10–12, 2016. It was held in an unusual venue for an event of this kind – a former children’s recreational camp, now known as the Meteorite camping site, located in the village of Orlivshchyna, Dnipropetrovsk region.

The venue dictated the new conference format and its updated title "UTICamp". The participants stayed in tents at the campsite; the talks were given in the summer cinema and special marquees accompanied by pleasant rustling of the pine trees, and everyone had a chance to enjoy swimming in the river or sun-bathing on the beach. 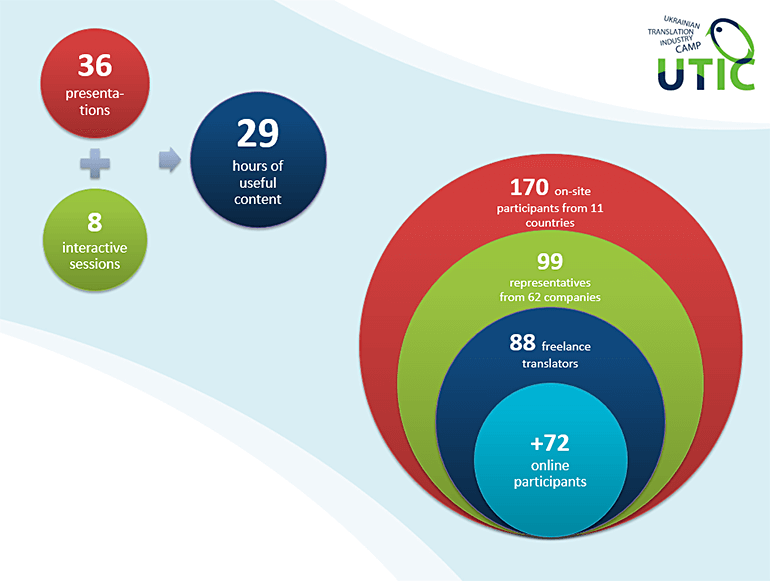 The first UTICamp participants arrived in Dnipro (formerly Dnipropetrovsk) on Friday June 10, in order to set off on a fascinating tour around the city. The guests of "Ukraine’s space capital", as Dnipro is often called, got to see its historical, cultural and scientific sights and were introduced to its new architectural style and famous fountains.

On Friday afternoon, there was also a training session by Elena Chudnovskaya entitled "Get a Job. Get a Life. Soft Skills of an Interpreter". The participants discussed the ethics of professional relationships, dealing with clients, international standards and even vocal hygiene — an important issue for all interpreters.

In the evening, everyone gathered in Meteorite for the welcoming buffet, where they chatted with colleagues and enjoyed a drink and something to eat, as well as a wonderful sunset on the bank of the Samara River. 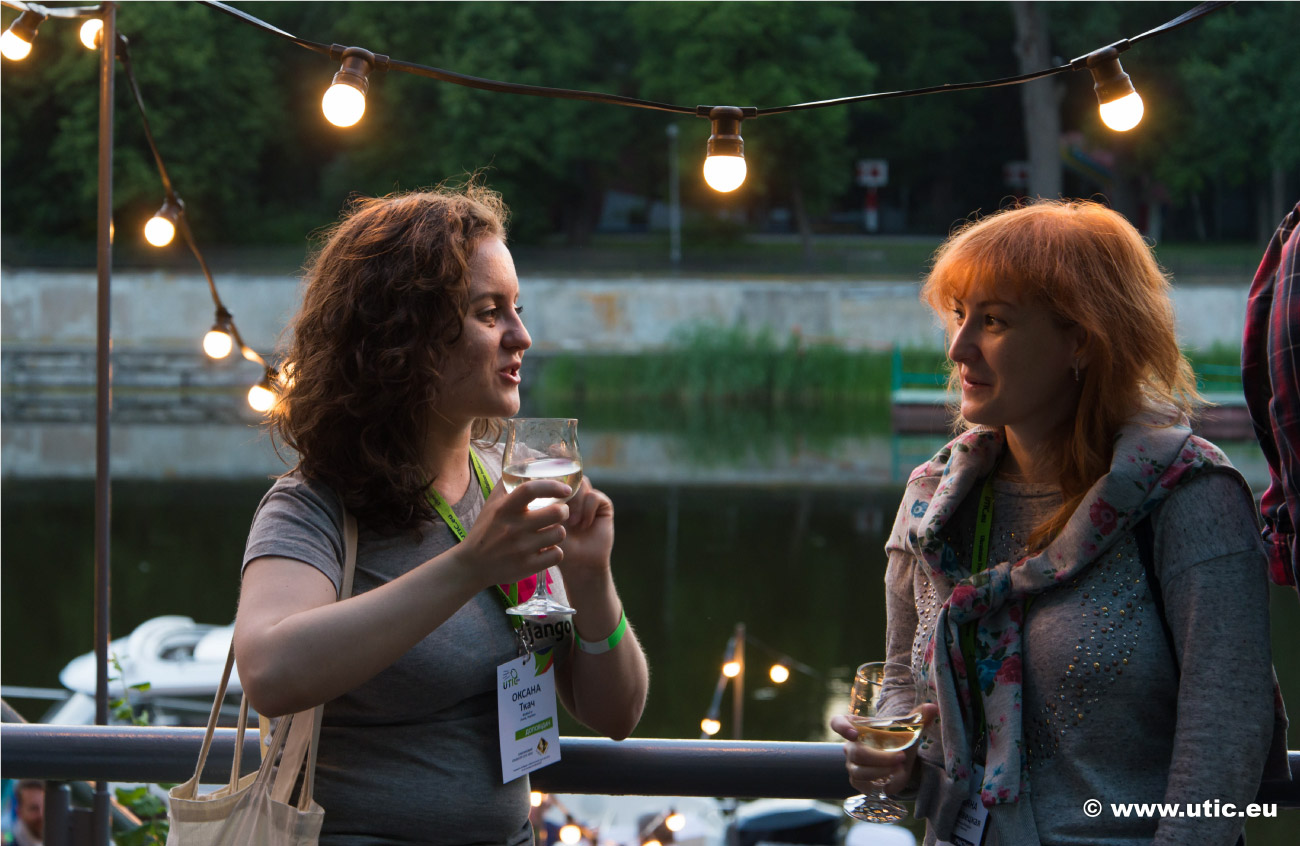 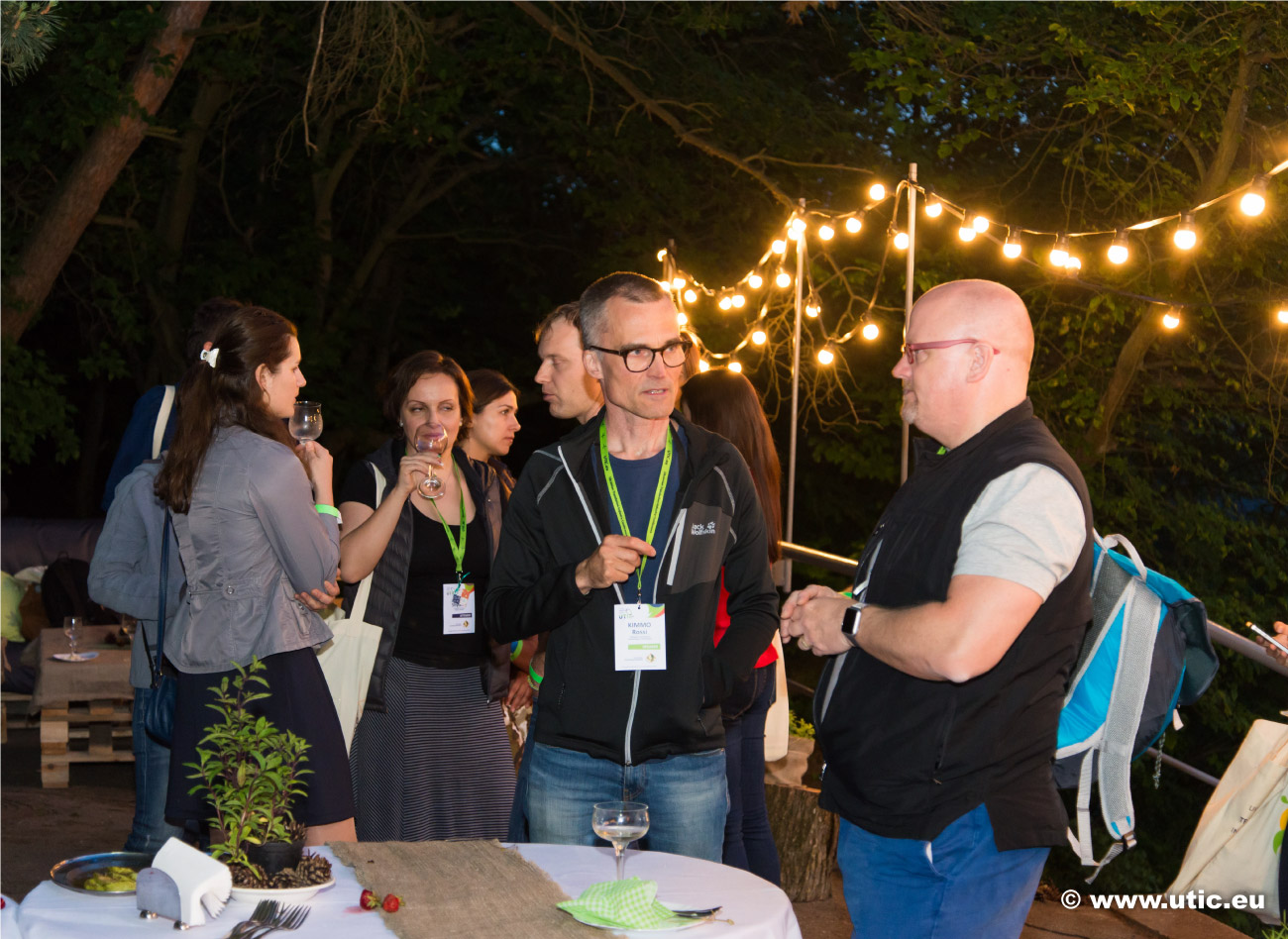 The official part of the UTICamp-2016 programme began with the opening ceremony.

During the opening ceremony, Hans Fenstermacher gave a paper on the skills and competences required by translators in the past, present and future — a topic that was then taken up by Kimmo Rossi, Head of Research and Innovation in G.3 Data Value Chain Department of the European Commission. He spoke about the future of translation and the role of technology in that future. 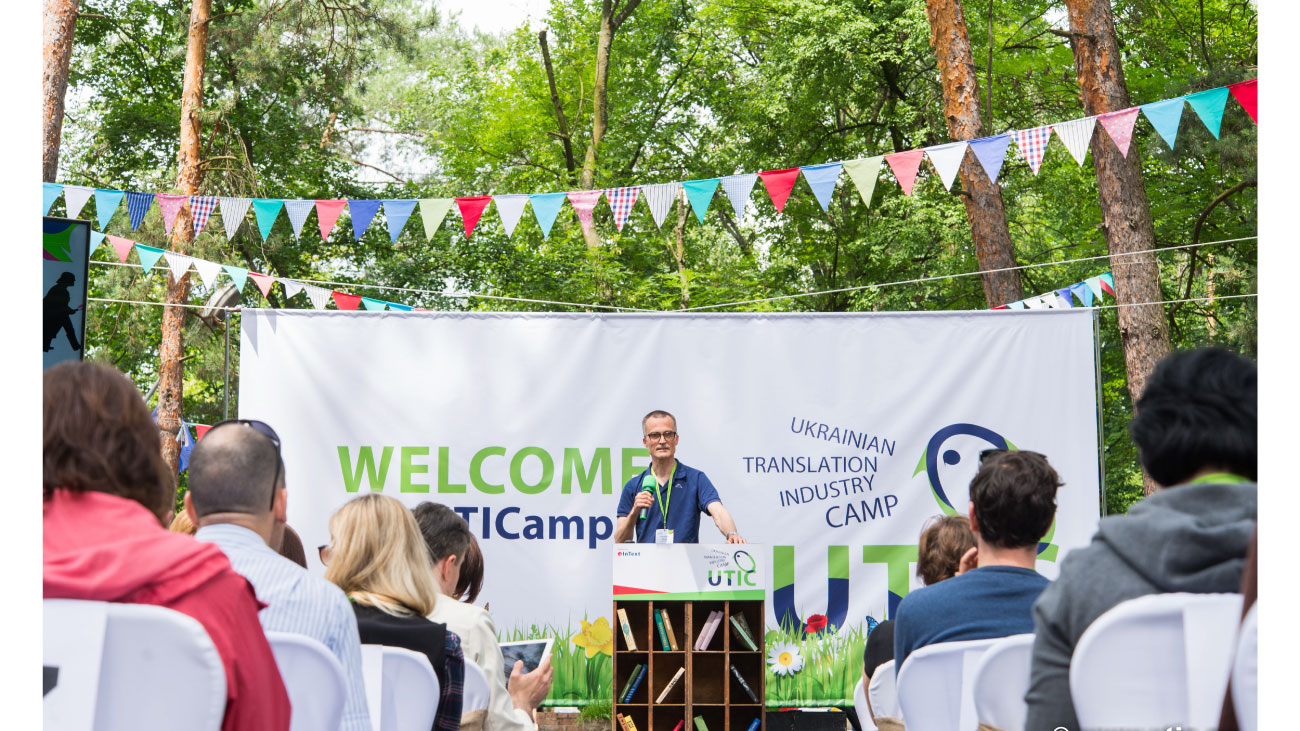 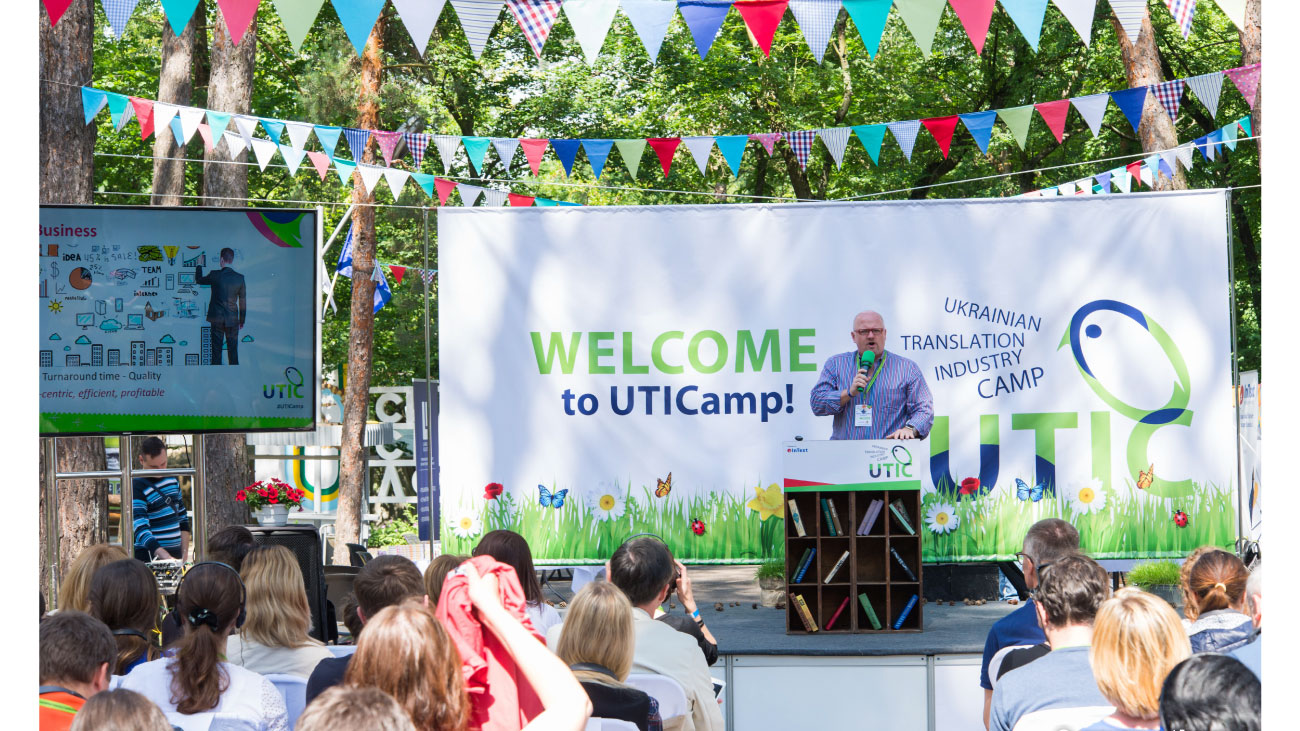 On Day 1 of the conference, a contact exchange session took place — a special event in which the participants introduced themselves to one another in groups, exchanged cards and discussed opportunities for collaboration.

As is traditional, the conference programme consisted of three streams: The Art of Translation, The Business of Translation, and Translation Technologies and Localization. This year saw a record number of presentations: 36 papers and 8 round tables and interactive sessions. 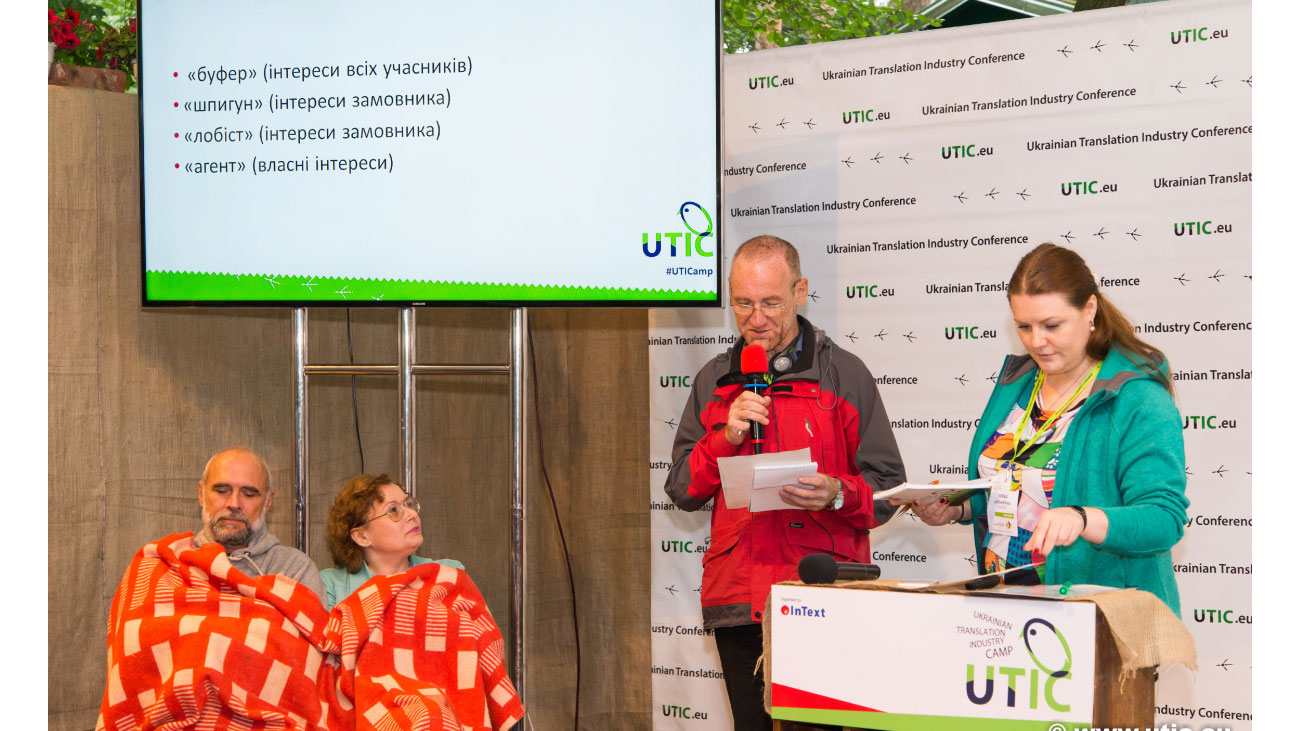 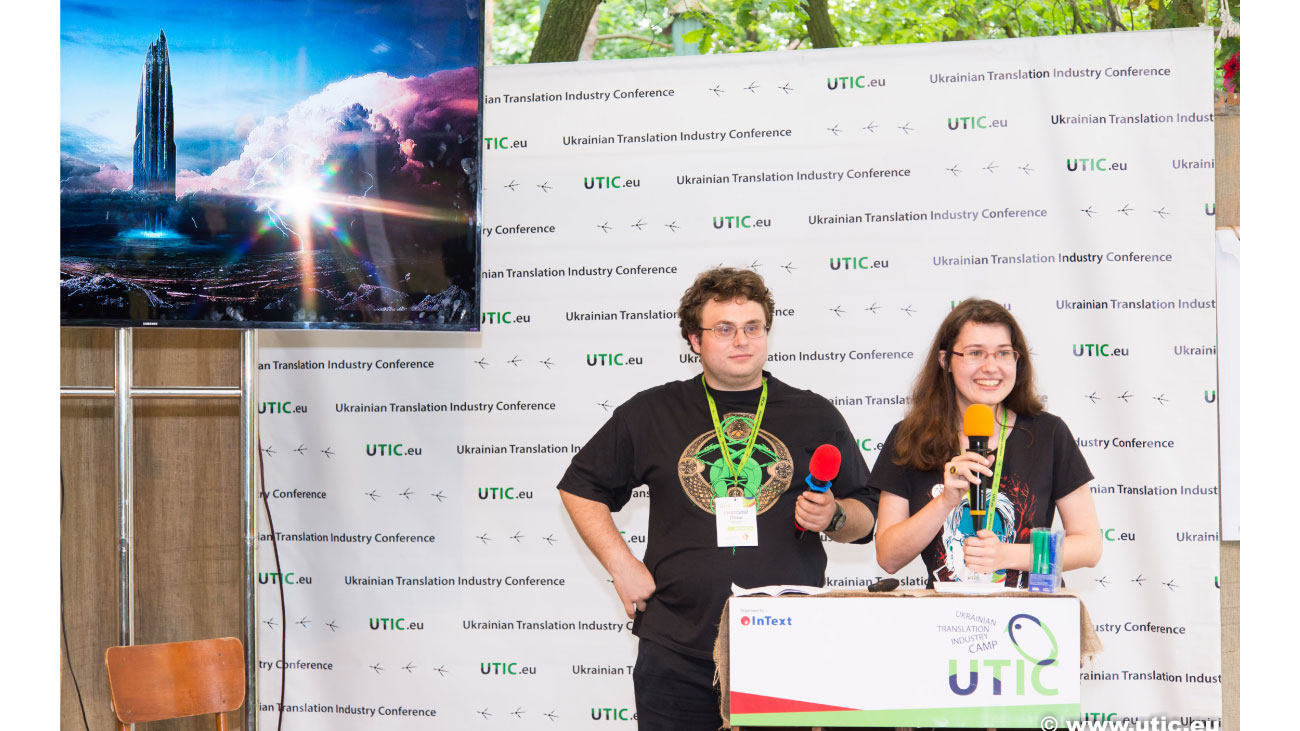 Thanks to the unusual format of this event, the participants were able to bring their spouses and children with them. To allow the parents to concentrate fully on the presentations and interaction with colleagues, the children were looked after by specialists from the Little Beetle centre — UTICamp’s animation partner. Over two days, the children enjoyed educational games and sport, made drawings and prepared simple meals. 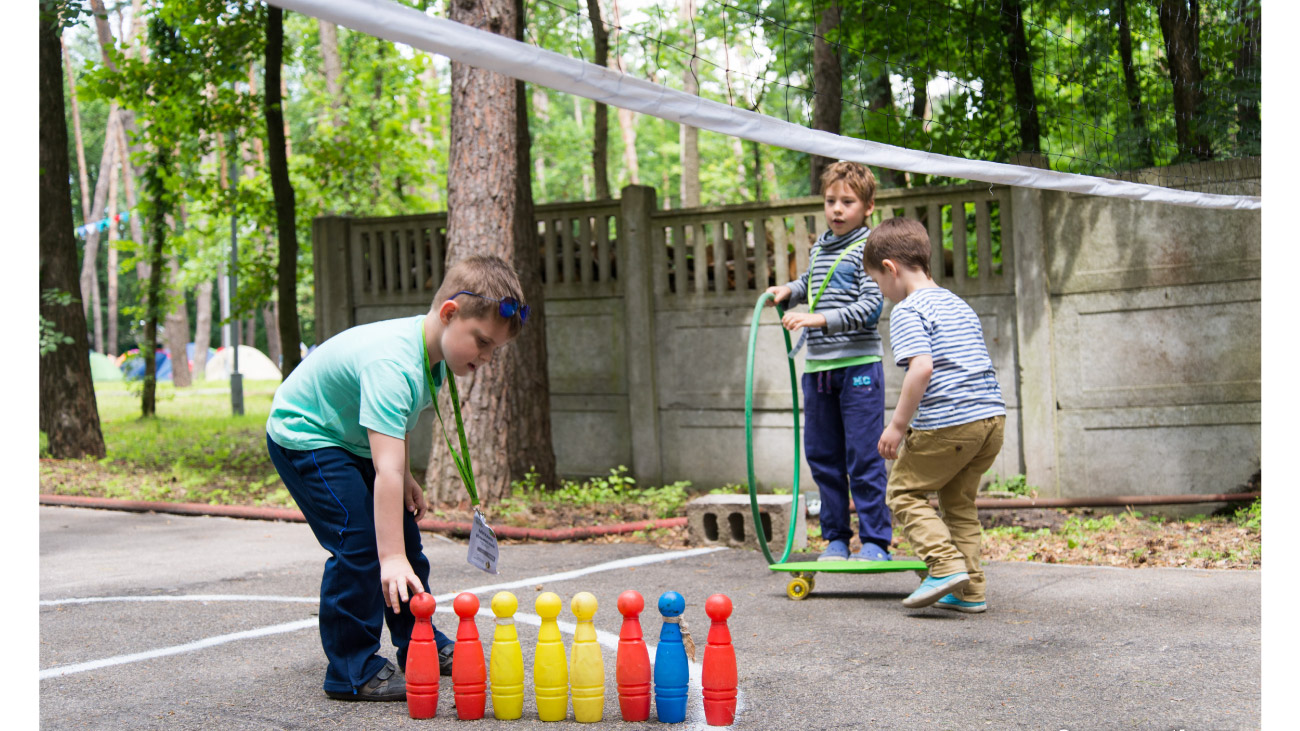 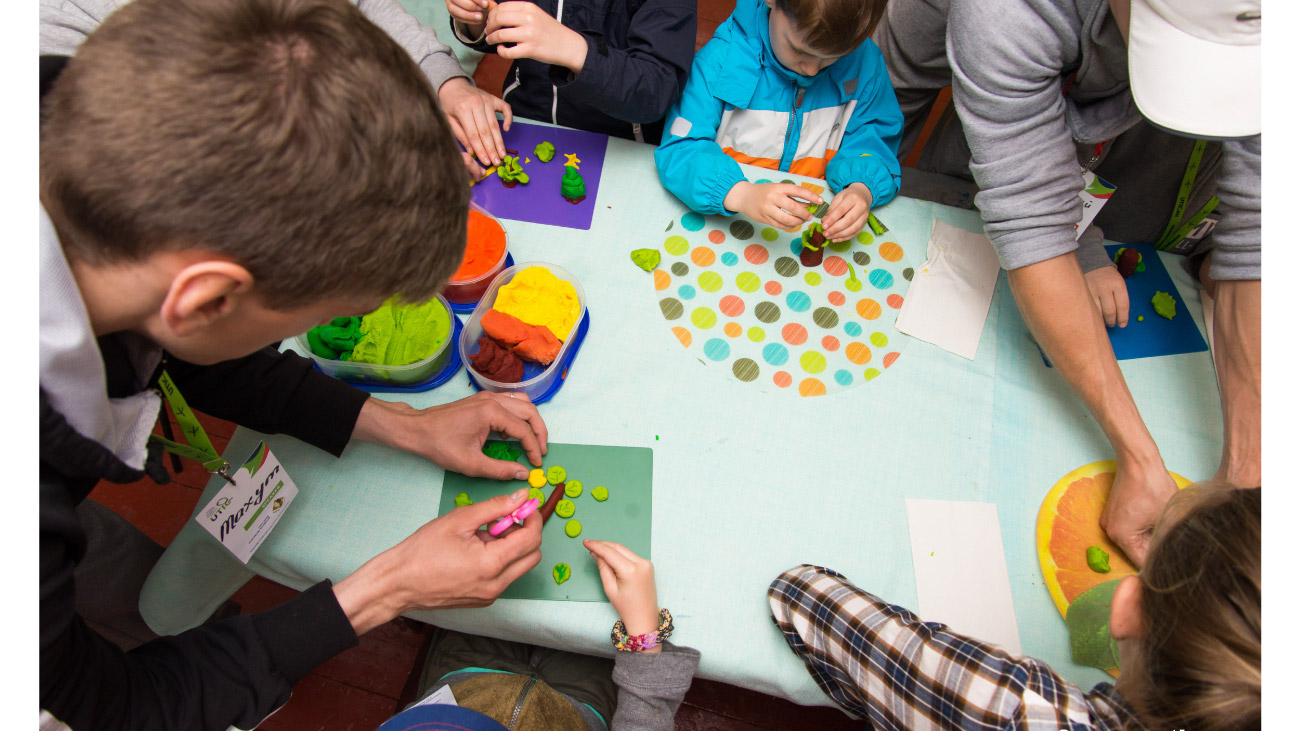 View the official photo report of the conference on Flickr. 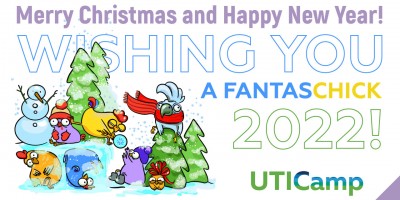 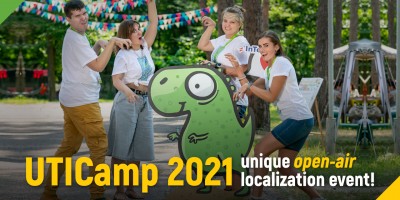 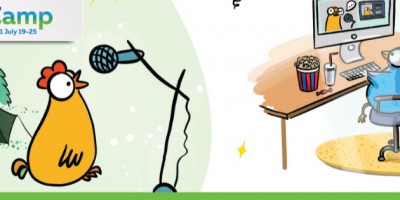 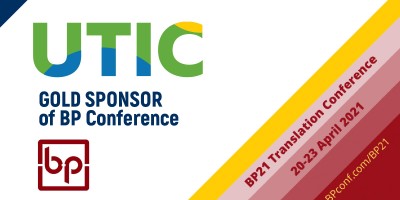